‘How to Make an American Quilt’ is a 1995 movie starring Winona Ryder – and one of my favourites.  It’s about a bride-to-be hearing tales of romance and sorrow from other women as they construct a quilt.

On Geoje, we have something similar.  It’s called ‘Stitch and Bitch’.

Don’t be fooled by the name though, the essence is very much the same.  A group of women meeting every Thursday morning at the Foreigner’s Club near the Admiral Hotel in Okpo to knit, sew, stitch and…….share stories – women from all over the world with different experiences and wisdom to share.

I went for the first time with my new friend Lynne.  For the purposes of demonstration, Lynne is Winona – learning to make her first ‘Scotty dog’.  Lynne has more energy than anyone I have ever met so to watch her in deep concentration trying to stitch the outline of a dog she will soon stuff was both highly amusing and inspiring (but probably more amusing).

And it is activities like this that bring expat wives together all over the island and on every day of the week.  Who knew it was going to be like this?

I’ve now started walking on Monday’s with the same group of ladies from Stitch and Bitch.  Last week, we walked for 10kms to a magnificent temple decorated for Buddha’s birthday – a public holiday on Tuesday.  Audrey, who I met by divine accident when she rang my apartment in my first week here looking for Trudy, then invited us all back to her house for coffee.  We’d left home at 7.45am and I got home at 2pm.  A perfect, sunny day with lovely women just happy – and able to – hang out.

On Wednesday, I took a road trip with Leah and Lynne along the coastline.  When Rob left for work that morning, it was his (and my) expectation that I would be working (I do two days for a great company in Perth) but by 10am, I was in a car heading south.  I may not have got any work done, but I did come home with a fabulous jar of shells!

The island itself has strong influences of Europe and the US.  We passed through small coastal villages that would not look out of place in Greece, with beaches reminiscent of the south of France.  The housing too is what I expect you would see in Switzerland.  This means that aside from the signage, language and people, you’d never know you were in an Asian country.  Even here on the island, with a 30% expat community, the racial mix is probably not all that different to Melbourne.

I did manage to take Rob on a drive the weekend before last.  He would argue that his heart stopped a number of times, but driving in Korea is like dodgem cars anyway, so I thought I did pretty well 😉  This last Saturday morning, I left the house at 7am to drive for an hour – just to get the feel of the ‘other side’ and a better understanding of where I am going.  Not surprisingly, Rob has taken to driving on the opposite side of the road like he was born to it.

We had plans to drive around part of the island yesterday but a big night out bar hopping with new friends meant we were just a little ‘delicate’.   Instead, Rob continued to weave his magic with modern technology, connecting us to a server in the US and finding us every television series and new movie available.  So, our day of intended exploring meant a two hour afternoon nap and a Revenge marathon instead.

Speaking of modern technology, he’s even been able to connect us to Perth radio in the car so even when we drive, I’m listening to 94.5FM!

We try to hike at least once a week.  We literally walk straight out our door to the hills behind us.  The tracks and views are breathtaking.

We’re now entering week four and it feels like we’ve been here forever.  I asked Rob last week if he was enjoying his new job and he replied, ‘even if I wasn’t, we couldn’t leave because you’re having an absolute ball!’

Yep.  Could not have said it better myself. 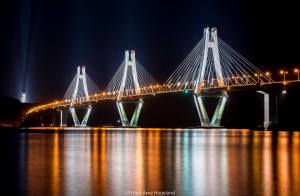 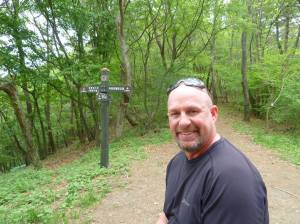